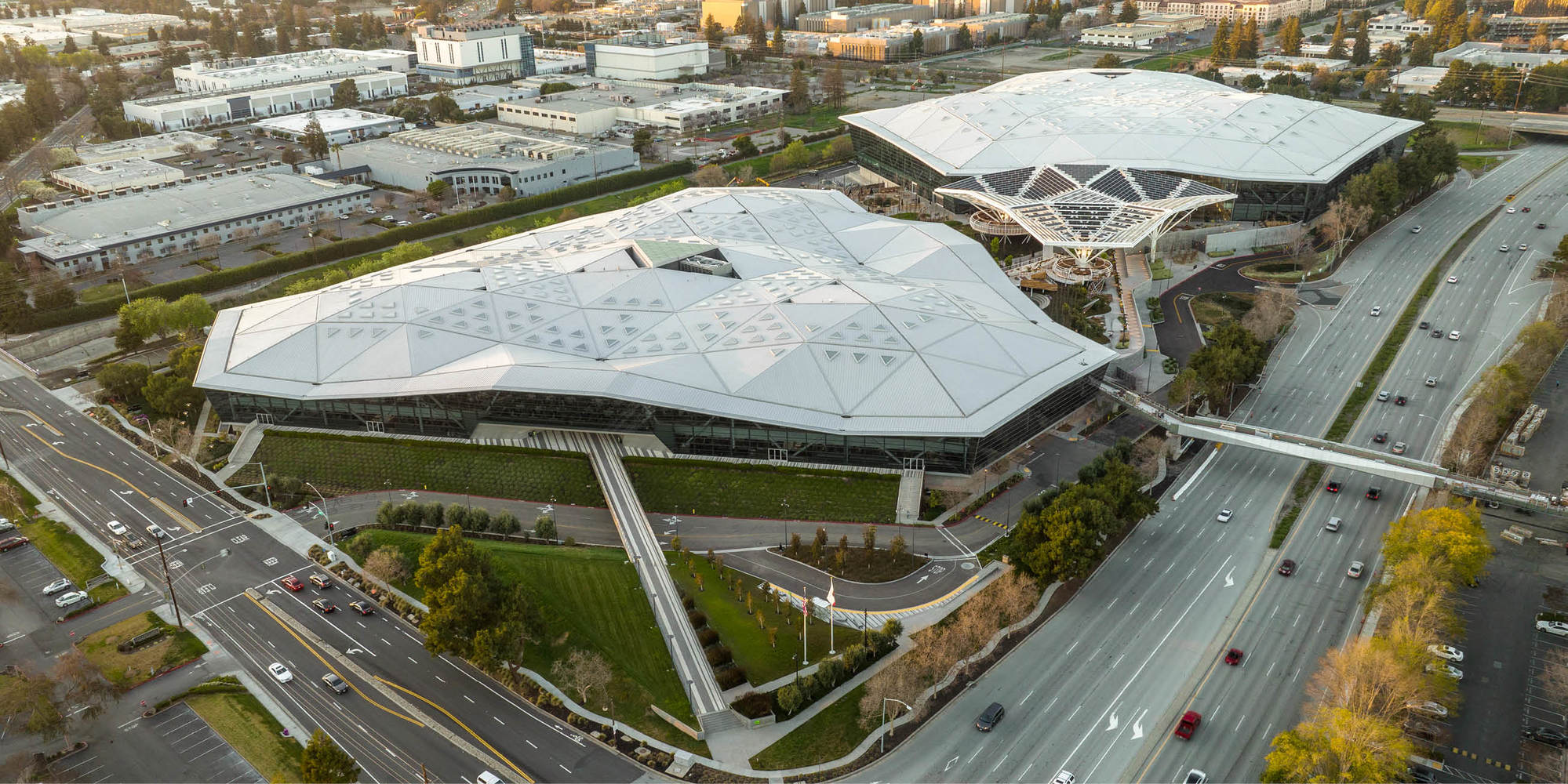 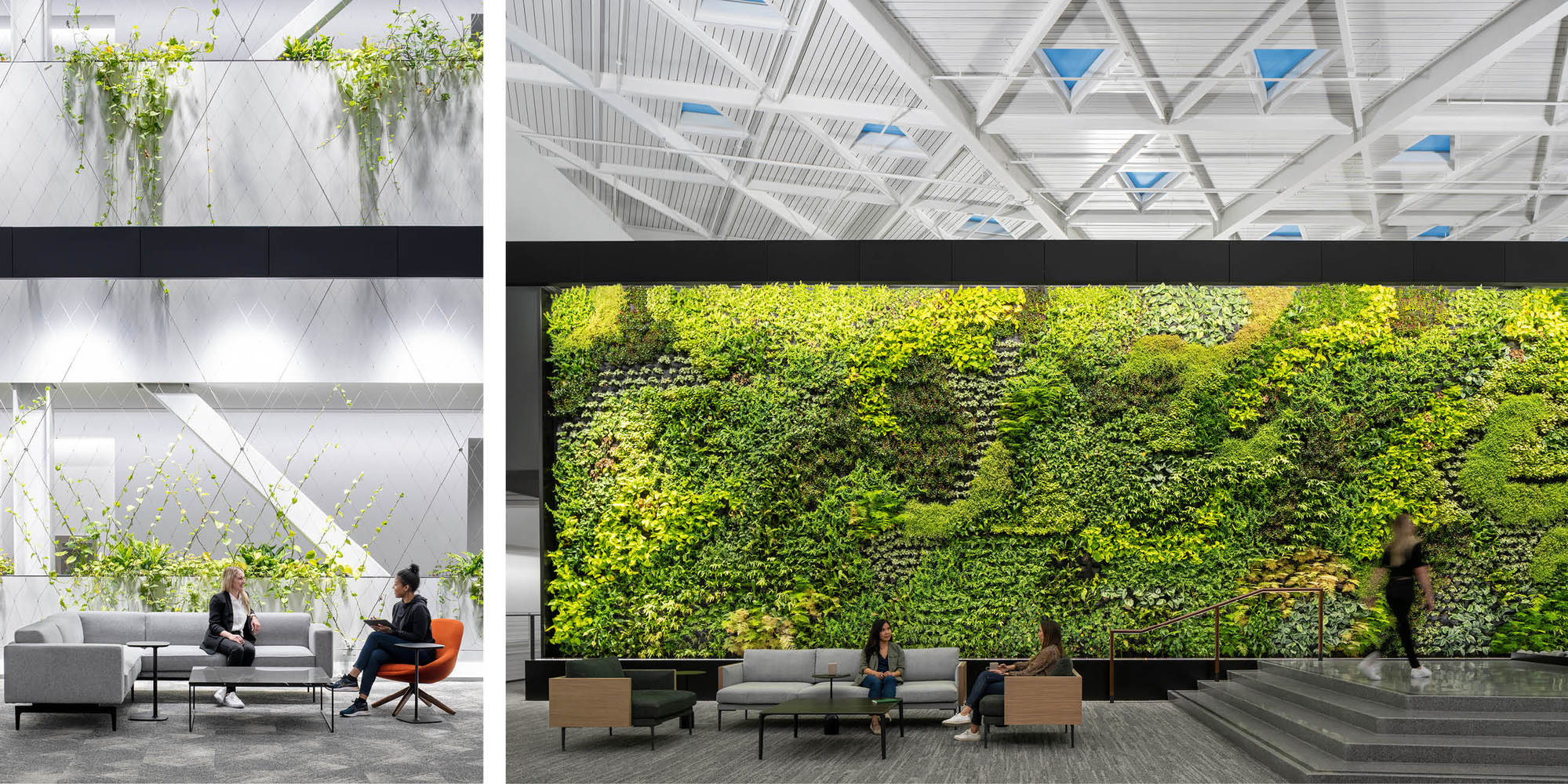 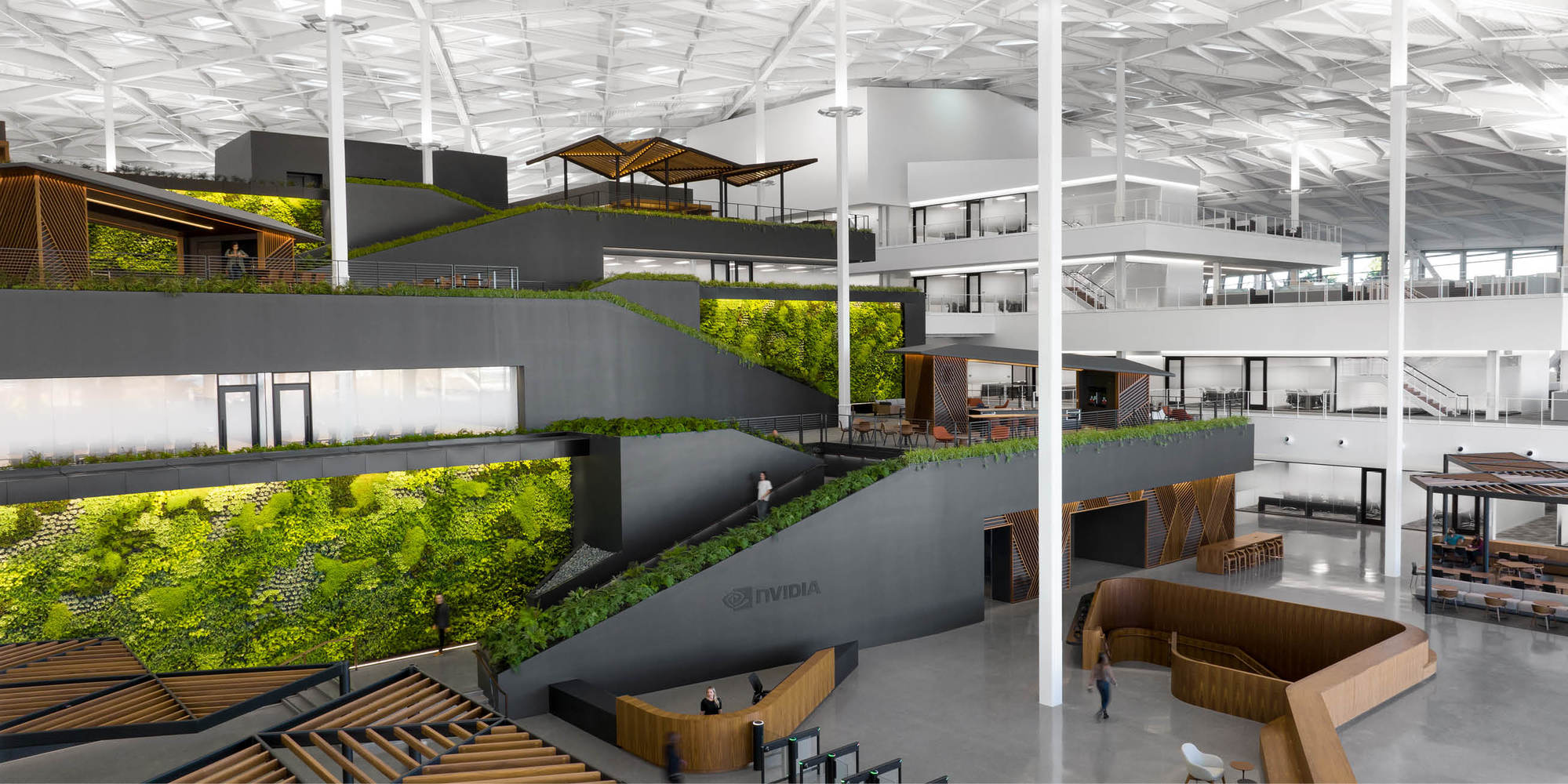 Excerpt from the Silicon Business Journal. Written by Laurie Lauletta-Boshart:


| While studying electrical engineering at OregonState University in the early 1980s, Nvidia founderand CEO Jensen Huang often admired the Pacific Northwest’s lush, mountainous terrain.Thirty-five years later, that ecosystem became thedesign inspiration for a series of immense verticalliving walls in Voyager, the second phase of thetechnology company’s corporate campus. Nvidiais working with Sares Regis of Northern Californiaand architecture firm Gensler to develop its SantaClara-based headquarters.Huang’s belief that innovation comes throughcollaboration was the mantra the architects usedto inform Voyager’s 750,000-square-foot openoffice and lab space design.“What Huang liked to say is that to get 3,400people to work together, you need to bring themall into one room,” Gensler principal and managingdirector Hao Ko said of the number of employeeswho could eventually occupy Voyager. “Everythingelse was about how to make it a great humanexperience, and how to mitigate sound.”Enter David Brenner — horticulture pioneer, artistand founder of Habitat Horticulture, a Berkeley-based living wall and botanic installer — who wascharged with warming up the space and abating the acoustical challenges. The intention was to create a central “mountain” within the building and infuse the three-story space with horizontal and vertical greenery.
“We used plants not only to help inspire peopleby bringing the outdoors in, but it also helpedattenuate sound in a large room,” Ko said.Nature-inspired metaphors like mountains,canyons and valleys serve as significant landmarksto enhance wayfinding in the substantial space. |

David Brenner's design was inspired by both the snowmelt from the Cascade mountains and the silhouette of trees from the Sierra Nevada Mountain range.

Habitat Horticulture designed and constructed ‘the mountain’ with the help of Gensler Architects and Devcon Construction. Each wall features 11 species of plants specifically chosen to thrive in the space and will provide natural warmth and biophilic health benefits for more than 2,500 employees as well as reduce the ambient noise levels throughout the structure.